In the adoption arena, sometimes attachment becomes the "A" word. Some adoptive parents kind of don't want to talk about attachment so as not to "jinx" the process.

You see, attachment is the BIG unknown in adoption. Yes, there might be undiagnosed or unknown medical or special needs; yes, there may be unknown issues regarding birth parents or orphanage care.

But, by far, the question "will this child attach to us?" (or its inverse: will I attach with this child?) is the single most important issue in adoption.

Sometimes, attachment is EASY. And praise the Lord for those times. Other times, not so much. It can take weeks, months, even years for attachments to form between adopted child and adoptive parents.

So...we've been home, Gia and I, all.summer.long. Cocooning. Bonding. ATTACHING. In fact, at times, I've felt like I was going stir crazy, needing to get out of the house and have some adult time. Alone. With no kids. Just to get a coffee. Or groceries. Or, scandalous thought, to go shopping for new clothes. 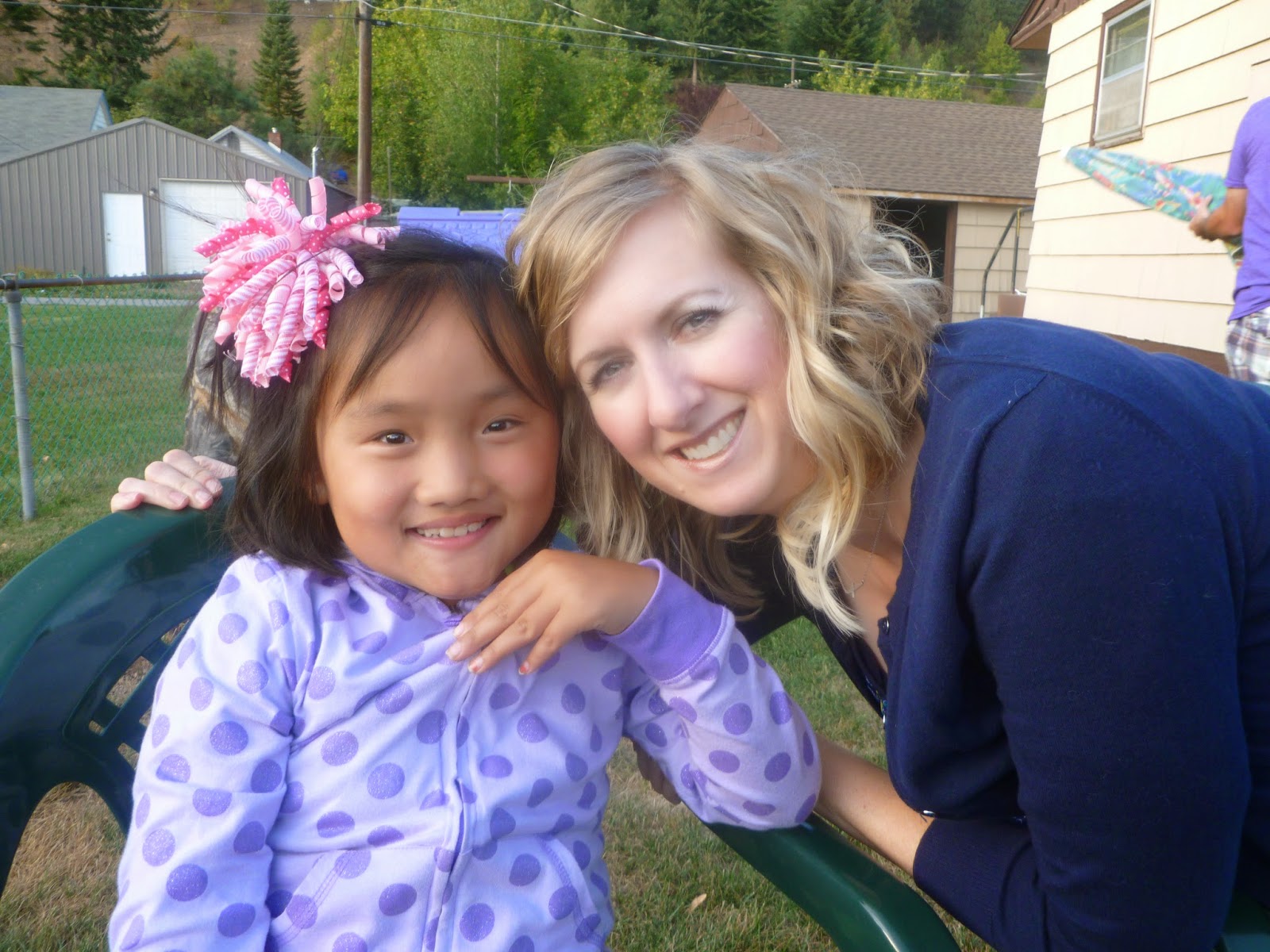 But I know that staying with Gia has been the best thing for her, hands down. So I persevered.

Simon and I are both educators. His contract is different than mine, so he went back to work 3 weeks ago. Gia was a little confused, but I was still with her, and baba came back at the end of every day, so all was right with the world.

Little did she know what was looming on her horizon--mama going back to work.

That day came yesterday. We tried to warn her, prepare her, get her excited for her auntie to come stay with her. Because to many adopted kids, a change in the routine is cause for disaster. So, we tried our best to prepare her.

I felt a little guilty for actually LOOKING FORWARD to going back to work. Time away from the kids. Adult conversations. Professional duties.

So, with much trepidation, and a slight sense of relief, I kissed the Gs goodbye and waved to them as I drove off yesterday.

Not long after I got to school, I received the first text: Gia meltdown #1.
Another text came later: doing okay.
I'm thinking "whew. It's not going so badly!"

I got home at 3:30. Auntie breaks the news to me--4 meltdowns throughout the day. And not just sniffles. Sobs. For half an hour at a time. Sigh...

I felt like a HORRIBLE parent. I felt GUILT. I felt SHAME. How could I put my precious Gia through more trauma like this? She doesn't deserve it after all she's been through!!! (Bang head on wall. Or just go in bedroom and cry.)

Then, something interesting, dare I say amazing, happened. God gave me a different perspective. He said, "What if, instead of looking at this negatively, you think about it like this?"

He said, "What if her meltdowns mean that she misses you.  Because she's ATTACHED to you. Because she LOVES you. Did you ever consider that?"

Honestly, no, I hadn't. But the more I thought about it, the more my spirits lifted. Never before was a mom so THANKFUL for her daughter's tears when she was away at work!!

Gia missed me! Because she's ATTACHING!

Now, we're not all the way there in this whole attachment thing. It takes a long time, like I mentioned above.
But it's a start.

P.S. Only 2 meltdowns today, my second day back to work. Baby steps. :)