Showing posts from June, 2012
Show all

End of the School Year "Stuff" 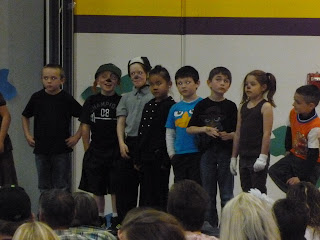 We had a VERRY busy spring this year. In fact, I'm not one to wish for time to pass quickly, but I really wish May would have gone by at light speed a little bit faster than it did. Anyway, it's over and done with, and we all survived. Here are some of May's highlights (and a couple from June, but who's keeping track?) Gracie played the role of "Private Dachshund" (how appropriate since we're dachshund owners!) in her school's production of "Arf." She let me color her doggy nose, but she didn't want to wear the weiner dog ears I made for her. Gracie finished out her first year of Brownies with the Girl Scouts. She's saying the Girl Scout pledge here. Gracie holds her goody bag with all the patches she earned. We'll have to add them to her sash. Here she is in front of the Scout house in Kellogg. Both Gracie and Gemma participated in the Junior Golf Tournament at Pinehurst Golf Course. The last day was a
2 comments
Read more
More posts