What's In a Name?

By Amy - July 21, 2015
I have always been fascinated by names. I can remember as a child, poring over my mom's baby name book from the '50s. I loved learning the meanings of names. (For example, I knew at that young age, that if a name has a negative meaning, no matter how pretty the name itself was, I would not use it for my child.) I also loved to learn the country of origin of all these names! It was FASCINATING to me. My sisters and I had imaginary broods of children with exotic names from all over the world. 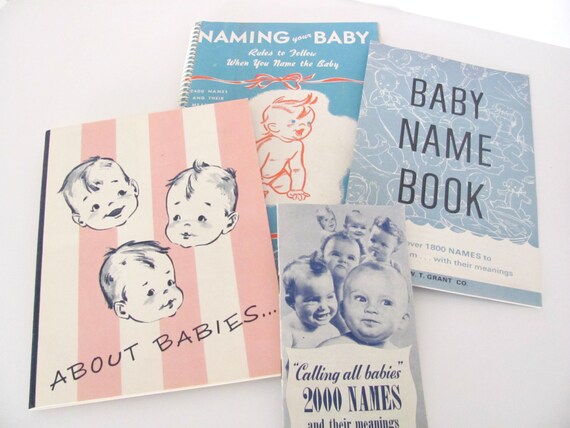 **Side note: I never set out to be the mom who names her kids with names that all began with the same letter. In fact, in my opinionated naive youth, I thought it was ridiculous for parents to do that. Haha! Joke's on me! We named "Gracie" because I loved the name. I already had "Gemma" on board, not even thinking about the "G" connection. Then we started calling them the "Gs." So, when G3 (and now G4) came along, we had no choice BUT to find G names.

Back to names, meanings, and origins. (I should have majored in this in college!) Here are the meanings of the 3 "G" names we have used so far. I think you'll understand why I love them so.

Our children ARE precious jewels in our (and our heavenly Father's) eyes, and He has been SO gracious and loving to allow us to be their parents.

So. While we were waiting to travel for Gia, I posted in an adoptive parent group on FB that I needed to come up with more "G" names. I already had "Gia" in mind at the time, but it didn't hurt to garner more suggestions. That's where I discovered G4's name...before we even traveled for G3. Only God could do that. 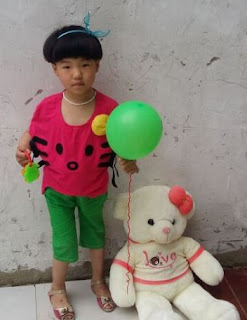 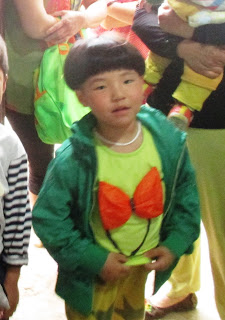 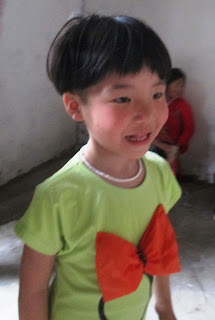 Okay, okay. Before you freak out over "Gladys," let me explain.

I told you that I posted in a FB group for "G" name suggestions. Gladys was given, but there was a story behind it. A member of that FB group led me to this story of another Gladys. Not only was she British (yay! I'm an Anglophile), but she was a missionary to China. CHINA! Amazing.

Okay, so I was intrigued by the name "Gladys." But, what does it mean? (Remember what I said about meanings...no matter how pretty/meaningful the name, if its meaning is negative, then no go.)

I did a Google search of "Gladys," and here's what first popped up:

"Old English (originally denoting the gladdon, a purple-flowered iris), from Latin, diminutive of gladius ‘sword’ (used as a plant name by Pliny)." (Wikipedia)

Hmmm. Sword. Hmmm. Well, I can work with that.

Again, thinking of this precious girl and all that she's endured.
Okay. She's a WARRIOR. So the "sword" meaning definitely applies here.

So. In summary, our darling 4th daughter is named after a BRAVE British woman who took the Gospel to China in the 1930s; and she is a WARRIOR PRINCESS in the kingdom of God.

P.S. We realize the name "Gladys" is quite old fashioned. We plan to call her "Gladdie" most of the time. And how perfect is that? She looks like a pretty GLAD little girl. And how GLAD we are to call her our daughter!

quilt'n-mama said…
I LOVE it!!!!
Gladys Aylward is one of my heroes of the faith! Her story is beyond amazing... those who told her she didn't have what it took to go to China and serve, yet she knew in her heart that the Lord had called her to do so... she worked hard, saved ever penny and trusted the Lord, then took the train across Siberia (!!!!, walked and finally made it to China where she served with faith and devotion beyond what I can imagine!
What a wonderful name for your sweet girl!
July 22, 2015 at 7:02 AM

Penny said…
Mostly a lurker but just had to respond to this. :) My great-aunt (essentially my grandmother, as she was the closest thing I had to one growing up) was Gladys May F [last name]. Very sweet lady. Thanks for reminding me of her!
August 30, 2015 at 7:06 AM