By Simon Miller - June 03, 2014
Whew. What a day it has been. (seems like we keep saying that!) Our guide, Simon, said this evening, when explaining some facts about Guangzhou, that it was like a "Visa Vacation," in Guangzhou for adoptive families, because this is where the US Consulate is and getting everything processed (Visa, Medical, etc) usually takes about 7 days. In many ways Simon was right, because Guangzhou is a beautiful, modern city. We also stay at a very nice hotel, so in some ways it can feel like a vacation. But these amenities are necessary too, because adoptive families and children are in the very early, and critical phases of attachment. It is a crucial start to being a forever family, and establishing strong attachments and trust.

We were all a bit on edge this morning because our U.S. Consulate appointment was the first time slot. That meant getting everyone up extra early, so we could get a quick breakfast then travel to the U.S. Consulate. This morning, Gia was also upset upon waking up, and was crying. We don't know if she was just sad, or perhaps she had a bad dream. Our heart still breaks for her. Because of security restrictions, we didn't bring our cameras or phones, so we don't have any pictures. I can tell you, however, that seeing the stars & stripes flying proudly above the US Consulate building was really pretty awesome. I felt myself swell up with pride, to get to be a citizen of such a great country, with so many freedoms that  have been fought (and died) for. There were lots of Chinese citizens lined up for appointments to get travel visas as well. Once in the US Consulate, we (and some other adoptive families) followed the strict instructions, as previously outlined by our guide, and took an oath on behalf of Gia Pearl ChunYu, so that when she sets foot on U.S. soil, she will become an American Citizen. It was hard for me not to get choked up while saying the oath. You could sense the importance and rich history of the process, but also felt the magnitude of taking some of the last steps to make Gia an official US Citizen, something many would sacrifice much to obtain! It reminded me of an Ellis Island type moment... only at a remote location, in Guangzhou, China.

After that, we took our bus back to the Hotel, where some of us took a much needed nap. I ran an errand with our Guide Miko to the pharmacy to get more motion sickness meds for Gia, since we will need them for the ride to the airport & flights on thursday. When I returned, all my girls, except Gemma Lu, who apparently is immune to traditional naps, were sleeping. I had too much going through my mind to take a nap, although I was certainly tired enough. I ended up starting 3 blog posts, just so I wouldn't lose my train of thought.

After our nap, it was time to get a last lunch, which was our strategy today because we knew that later we would be taking the Pearl River boat cruise, which is amazing, but we have had mixed reviews on the food that is served, so we thought we'd eat a late lunch, and snack after the cruise if necessary. Our guide Miko had pointed out a "good noodle place" to me while we went on the pharmacy run, so Amy and I thought we would venture out and give it a try. After a short walk, through a much less "Western influenced" part of Guangzhou, we entered a restaurant thinking it was the noodle place Miko told me about. We were wrong... they not only spoke zero English, (most places around our Hotel speak a fair amount of English) but upon looking through the menu, we weren't seeing any noodles whatsoever. By this time we decided to journey back towards familiar territory but we didn't have our restaurant map, so trying a new place was not looking too promising. By the time we covered 3 more blocks of walking, I could tell the 3 Gs were growing tired & getting even hungrier by the minute. Amy and I both knew it was time for more comfort food... so we went to our faithful standby, McDonalds. Before you laugh, let me tell you that Gia Pearl's eyes absolutely lit up when she saw where we were going. She has fallen in love with chicken nuggets and french fries. Our guide in Beijing, Helen, told us that eating at McDonalds was like a very special once in a while treat... boy have we been having our share of treats!

After McDonalds, we came back to the Hotel for some rest and relaxation before the river cruise. The Gs played together and Gia also spent time with us, as we think the language barrier is sometimes making playing together a challenge. That will get better with time.

We capped the day with the Pearl River Boat Cruise, which is full of beautiful sights of the Guangzhou skyline at night. Not only did Gia do great with the motion sickness, but she was giddy the entire cruise, pointing at everything that caught her eye. It was also a great time of fellowship with some of the other adoptive families that are here on the "Visa Vacation" with us in Guangzhou. It was a really nice end to a long day, another day of our family bonding together. 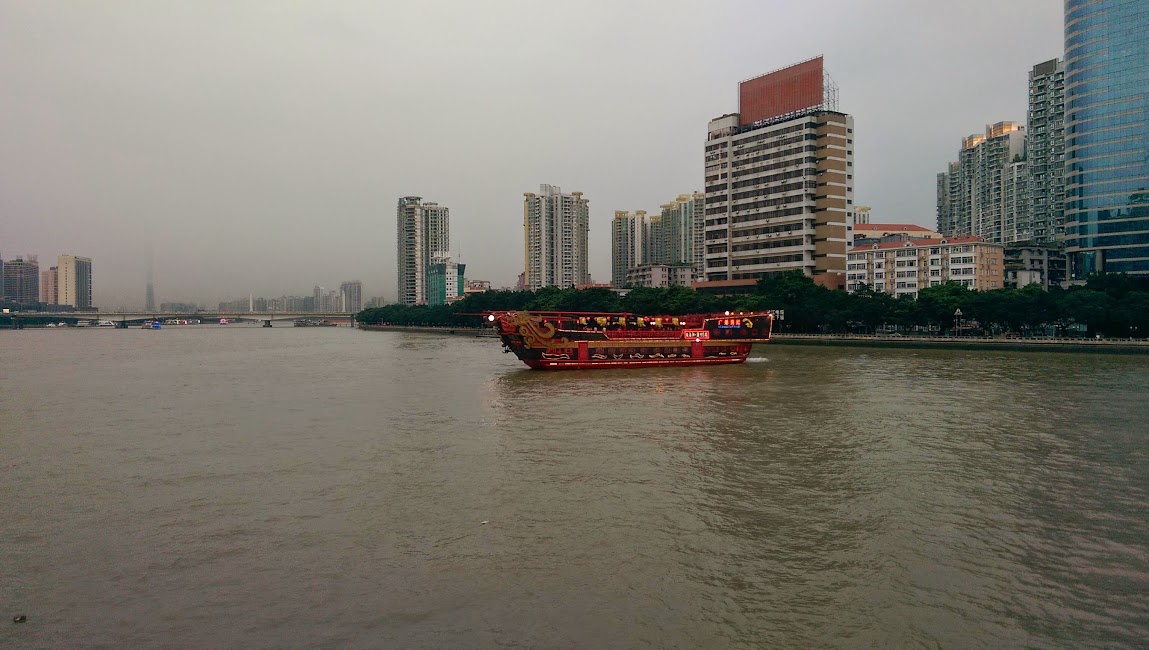 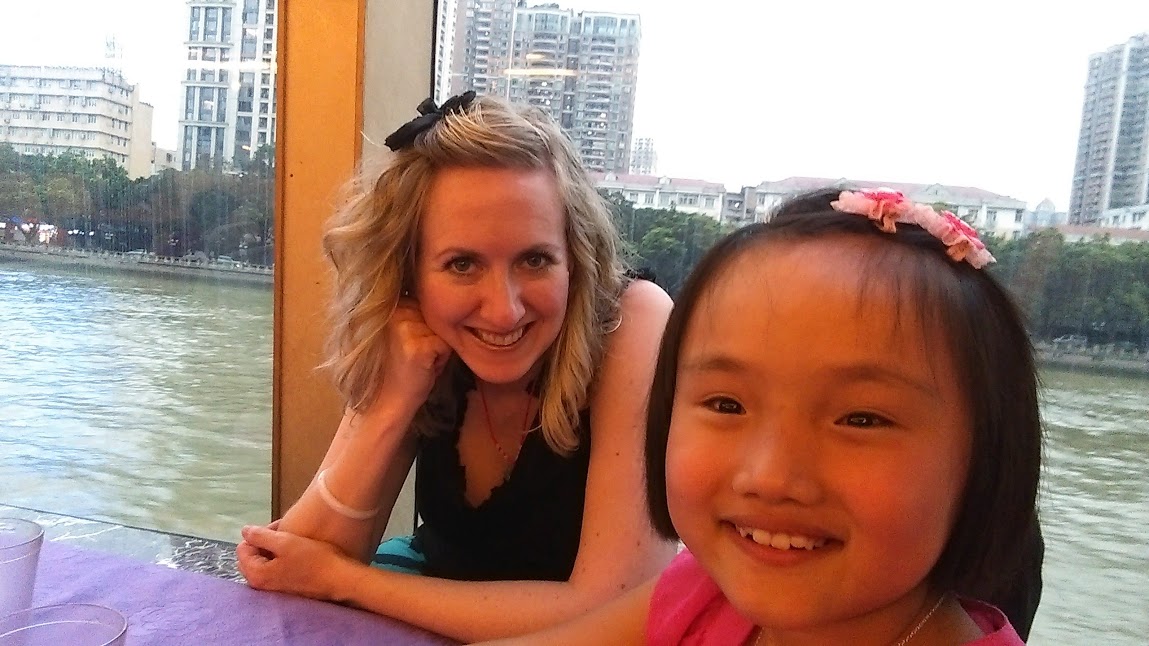 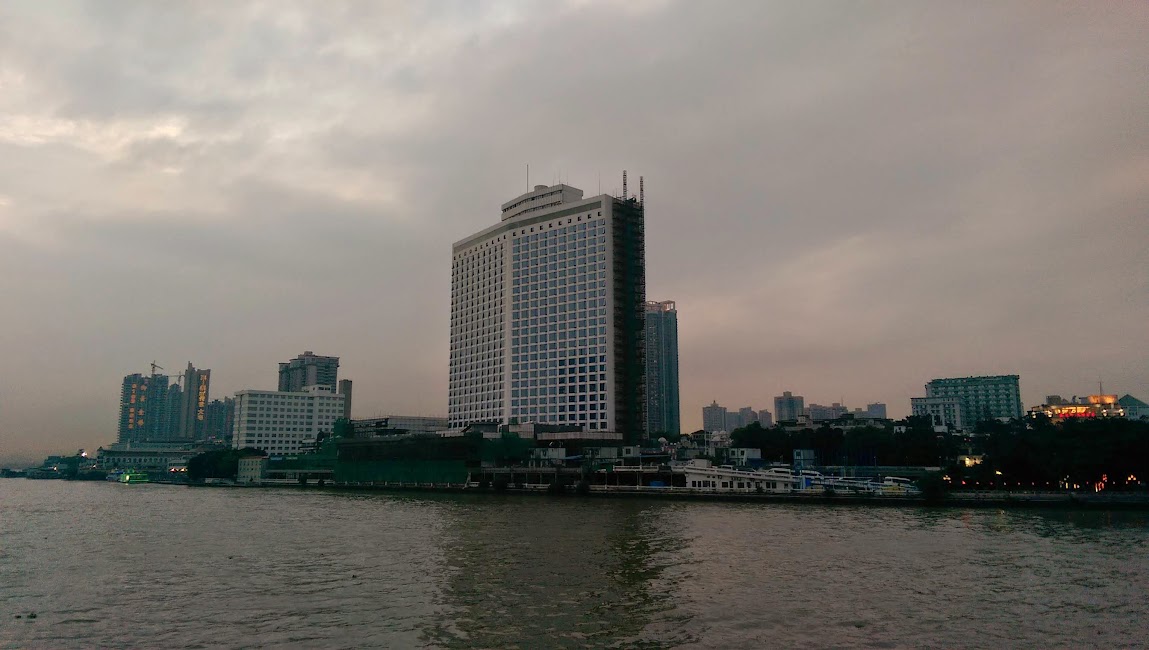 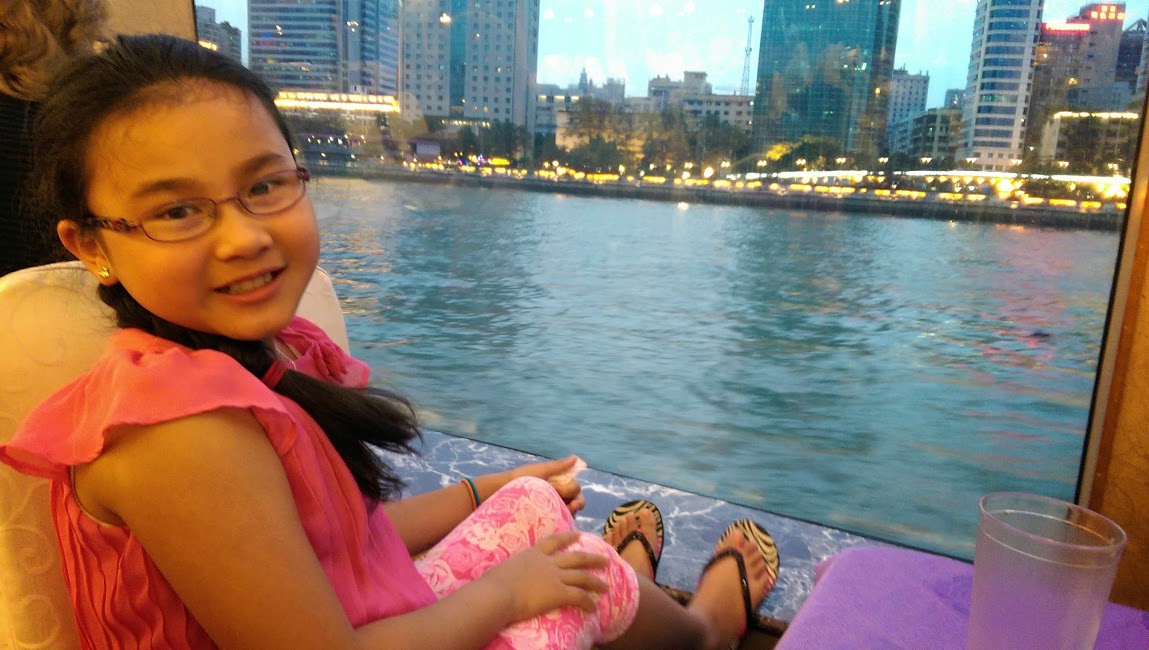 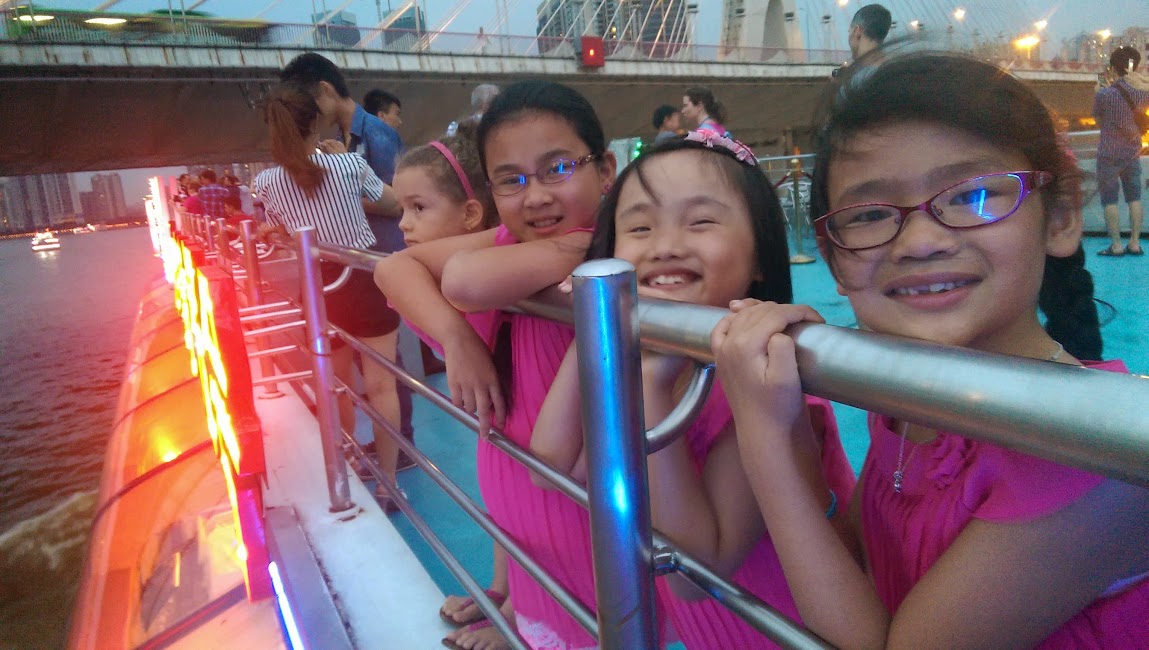 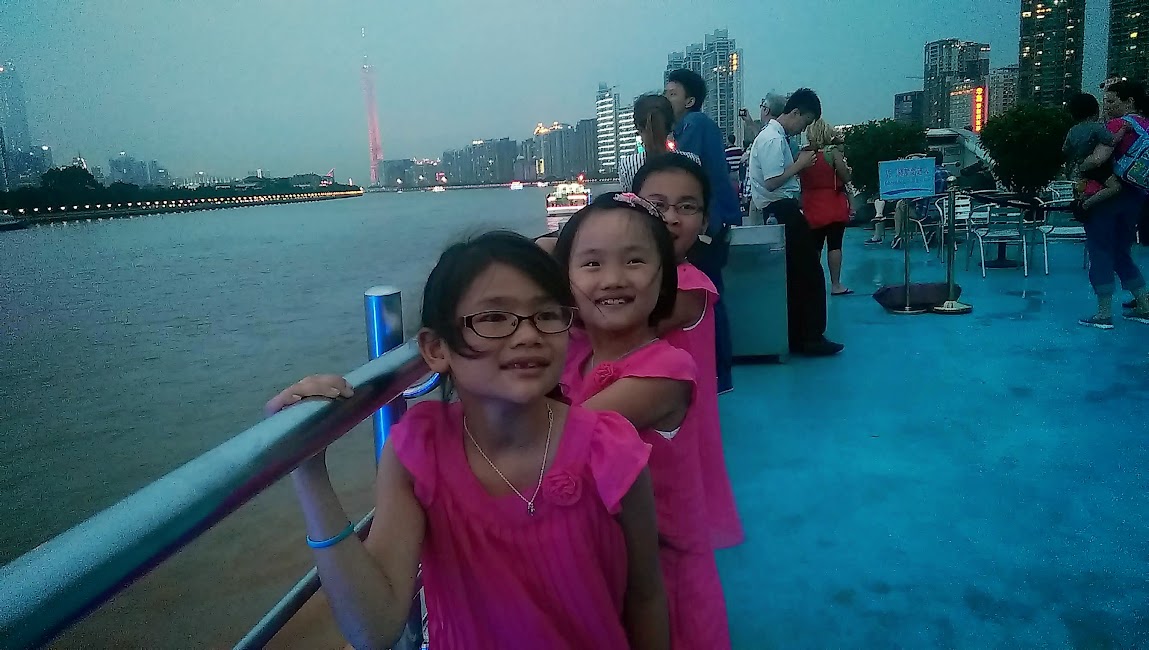 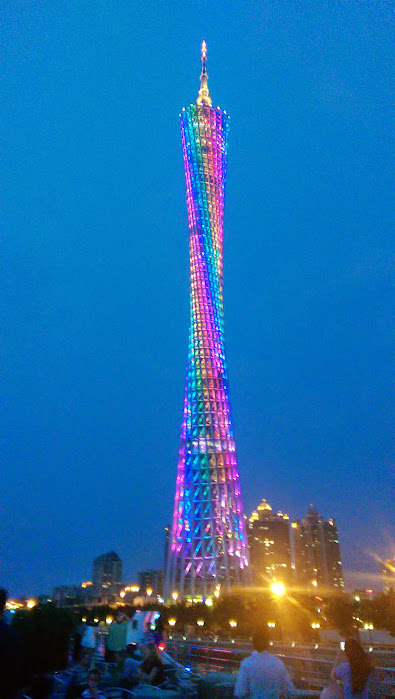 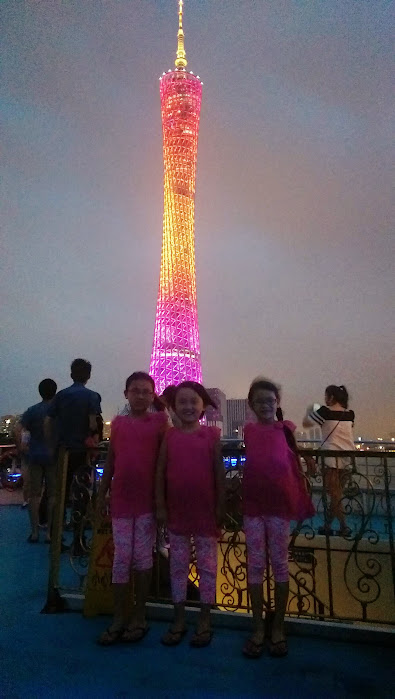 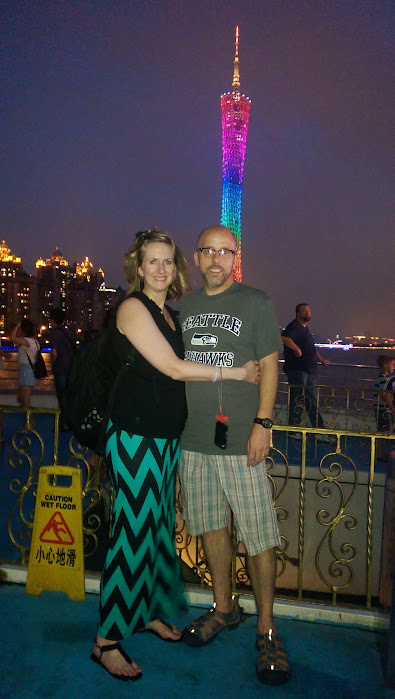 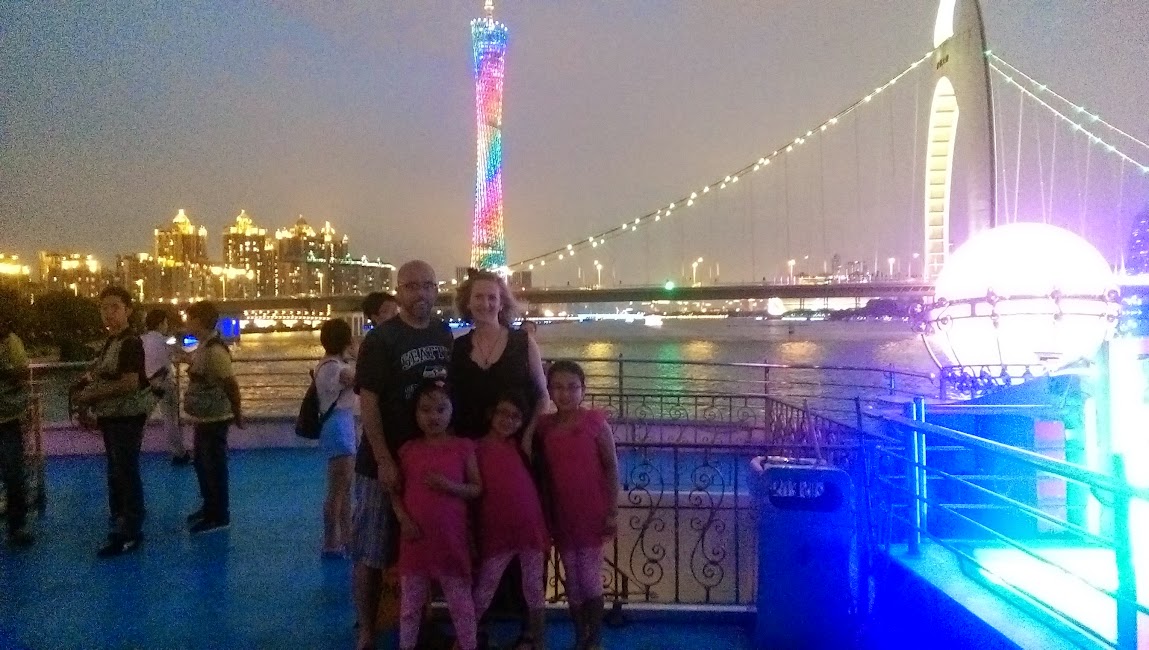 We finished up with McFlurries from McDonalds delivered by me, and Starbucks for mom and dad.