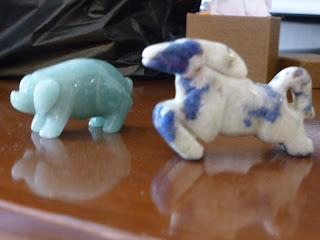 Leftover from yesterday--We got these figurines at the jade factory. The piggie is for Gemma, who was born in the year of the boar. The horse is for Gracie, who collects them. 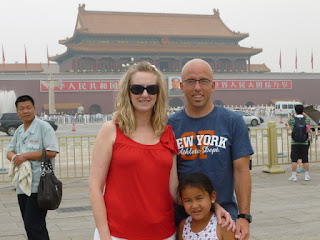 The Millers--and Chairman Mao--in Tiananmen Square. It's the largest public plaza in the world and can hold 1,000,000 people at one time. It was here that Chairman Mao declared it the People's Republic of China in 1949. 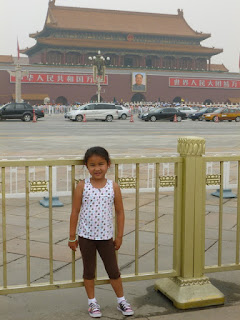 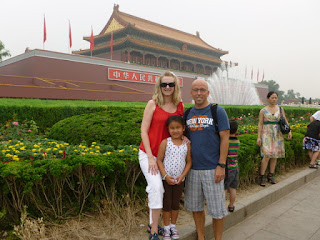 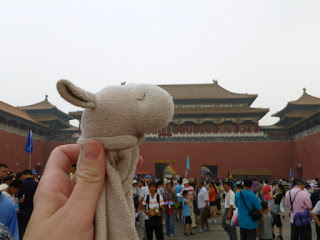 Where's Lambie today? In the Forbidden City! During the time of the emperors, it was forbidden for common people to enter this massive city. Only the imperial court was allowed. The city has 9,999 rooms. Why not 10,000, you ask? Well, apparently the god of heaven had 10,000 rooms. Since the emperor is a mortal after all, he could only have 9,999 rooms. 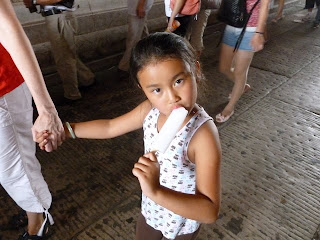 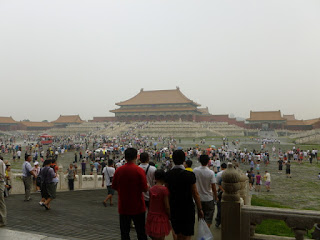 Masses and masses of people 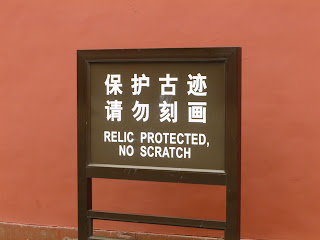 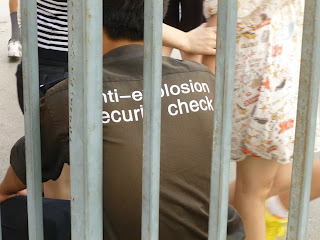 Where are we, America?? 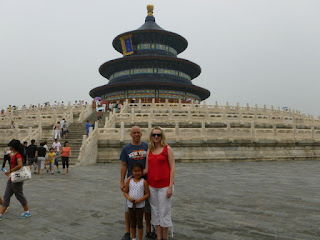 This is the Temple of Heaven. The emperor went here 3 times a year to pray for good harvests. 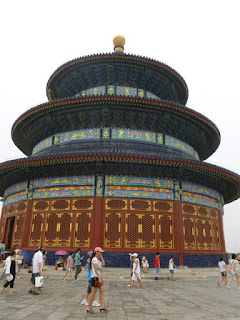 The structure is made of wood and is free of nails--it is supported by pillars on the inside. 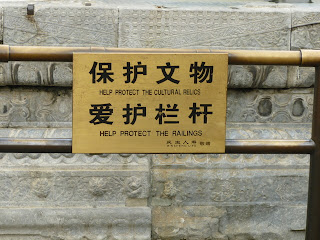 Another funny sign...because the railings are such relics, you know...lol 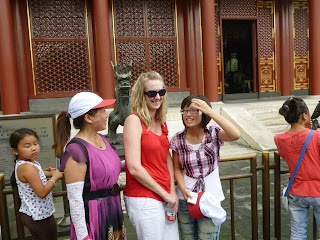 Our guide warned me that I might be mistaken for a movie star because of the blonde hair and blue eyes. These ladies wanted their picture taken with me. I should have charged 20 yuan per picture! 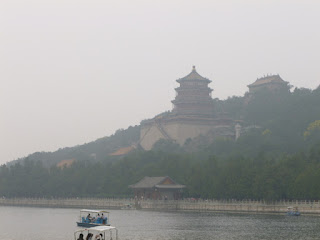 This is the summer palace, where the emperor would go, well...in the summer. 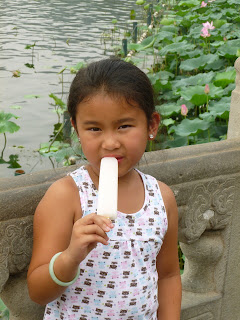 Popsicle #2...near the lotus garden 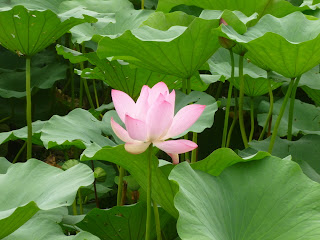 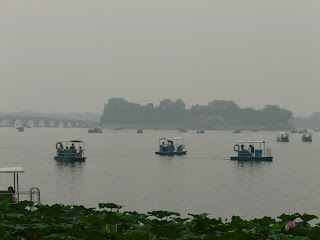 This is a man-made lake, with an island in the center. You can see a bridge where pedestrians can walk to the island. 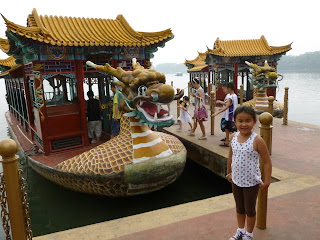 We rode this dragon boat around the lake. 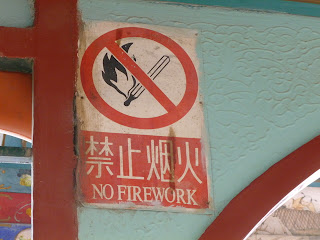 Just in case you were thinking about it... 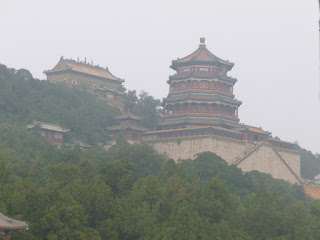 Another view of the summer palace. The haze is the smog in this city. 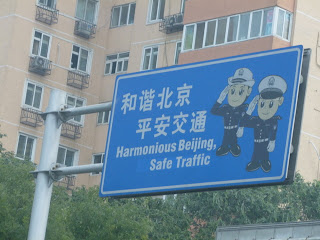 It's the driver's ed teacher in me...I can't resist a good road sign. 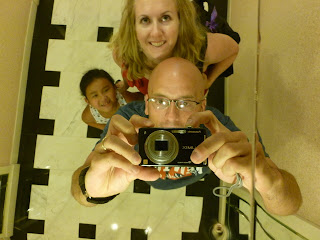 Silly Millers in the hotel.

Adrian Roberta said…
Such a riot ~ your photos.